Best Cities for Food in the USA

This page is for the foodies! We all know that the USA is well-known for foodâ€¦ or should we say, the very large portions of food served. So, if you’re wondering what the best cities in the USA are to visit for traditional American food, read onâ€¦

The city that never sleeps! And yes, that means there’s access to food all around the clock with many restaurants and street food bars being open 24/7, 7 days a week.

New York is famous for much different food that you are more than likely available in supermarkets in your own country! For example, the New York bagels are extremely popular all over the world. Other popular foods associated with New York include:

Atlanta is also known for having some of the best iconic traditional American dishes. However, you must know where to go to get them. Don’t leave yourself disappointed by assuming that the food is good in every restaurant, this is not the case. Bad restaurants will give you a bad impression of Atlantic Food. But don’t worry, we’ve got you. Here are some of the best recommendations (tried and tested)â€¦

You have my word that you will not regret visiting any of these restaurants and ordering the suggested dishes.

It’s no secret that LA is full of great food, you really are spoilt for choice. not just known for the incredible traditional food but also has some of the best restaurants for cuisines all over the world. So, don’t waste your time trying bad food and searching for the best restaurants. Here are some incredible recommendations (tried and tested)â€¦

Dining in Portland, Oregon is a whole lot of yummy fun! If you’re visiting the U.S.A and you’re a huge foodie, you’ve made the right choice. Here are some of the cities most famous plate suggestions:

Nashville is the largest city in Tennessee and there are many must-eats there! Let’s take a look at some foods that Nashville’s most popular foods to try:

Ok time to get a snack (you’re probably hungry by now, right) I sure am! 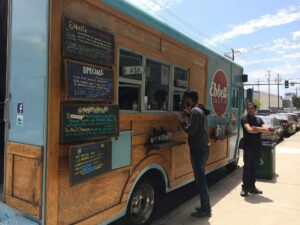 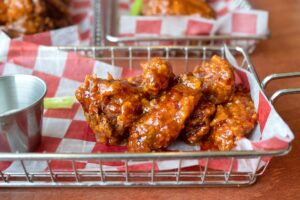